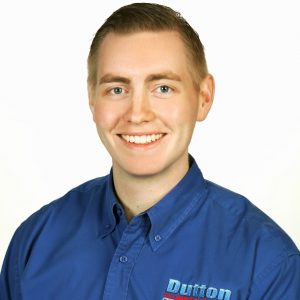 Your Health Is In Our Hands!

I found it hard to believe when I first read about it, but we Americans are living twice as long as our ancestors did merely 150 years ago. Until past the mid-1800s, the average lifespan of Americans was between 35-40 years old. Now most of us can reasonably expect to live to 80 and beyond.

Advances in medical science are part of the explanation but of secondary importance. Here’s what a renowned medical researcher, the late Dr. Lewis Thomas, wrote in an article decades ago:

“There is no question that our health has improved spectacularly in the past century. One thing seems certain: It did not happen because of medicine, or medical science, or even the presence of doctors.

“Much of the credit should go to the plumbers and engineers of the Western world. The contamination of drinking water by human feces was at one time the greatest cause of human disease and death for us; it remains so, along with starvation and malaria, for the Third World. Typhoid fever, cholera, and dysentery were the chief threats to survival in the early years of the 19th century in New York City, and when the plumbers and sanitary engineers had done their work in the construction of our cities, these diseases began to vanish. Today, cholera is unheard of in this country, but it would surely reappear if we went back to the old-fashioned ways of finding water to drink.”

A key historical event occurred in 1854 when a prominent English physician named John Snow traced a cholera epidemic in London to a public water pump located next to a leaky sewer. At the time it was common for cities and towns to dump sewage into bodies of fresh water. Dr. Snow’s discovery set in motion widespread public works projects to separate clean drinking water from sewage disposal. A 2005 medical research study attributed one-half of the overall reduction in mortality, two-thirds of the reduction in child mortality, and three-fourths of the reduction in infant mortality to clean water.

The flip side and equally important is the installation of sanitary sewage systems in homes and buildings throughout the land.

Nowadays we take for granted that the water coming out of our faucets will be fit to drink and that the stuff we flush down our toilets goes harmlessly out of sight and out of mind. Yet it was not always so in this country, and still is not the case in much of the world. According to the World Health Organization, about a quarter of the world’s population lacks safe drinking water, and around 40 percent lives with inadequate sewage disposal. People in much of the world are still getting sick and dying from diseases that have been virtually eradicated from the U.S. and other developed countries.

Those of us associated with Dutton Plumbing take enormous pride in our role of helping to protect the health and safety of people like you.

P.S. In weeks to come I’ll be telling you of various ways to stretch your dollars and make your home plumbing systems last longer and operate more efficiently. I’ll also share with you some insider tales of what it’s like to be working as a plumber in the greater Los Angeles area.