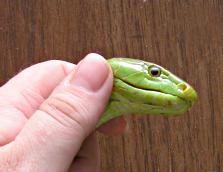 If you work in this business long enough you’ll see just about everything. A colleague across the country from Simi Valley recently told of a plumbing problem the likes of which most of us haven’t yet seen, though.

That would be live rats in several toilets of a multi-story condo building! A tremendous rain storm had caused flooding in the area, which he surmised caused the sewer caps to blow open and let some rats into the building. The caps were then sealed and the rats became trapped behind in the building’s sewer line. Being ultimate survivors, rats adapt quite well to sewer life but they eventually got hungry and sought a way out, swimming their way upstream into the toilets. (And you thought you had a bad plumbing problem!)

The plumber reporting this problem sought advice on how to deal with the situation via an online plumbing network. One respondent wrote: “Keep a large cat tied closely to the toilet bowl and do not feed him often.”

I’ve heard of similar situations arising from time to time with snakes coming out of toilet bowls. (No episodes that I’m aware of in Southern California so far, thank goodness.) People have been known to keep boa constrictors or other non-venomous snakes as pets. Maybe the owners try to get rid of them down the toilet, or the snakes escape and find their own way to a hospitable watery environment.

Friends, I urge all of you to practice safe snakes! Please keep them confined in a tight enclosure. If you get tired of them, plenty of zoos will accept a donation.

P.S. Do you have a tale of things that go hiss in the bathroom or other strange plumbing encounters? Please share it with me.