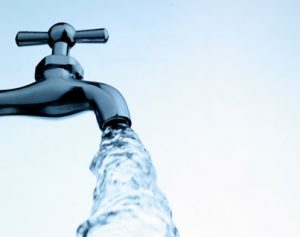 Our present drought has put a lot of pressure on our communities to develop new sources of water. Just to the west is the planet’s largest body of water. Why don’t we build desalination plants to solve our water problems?

Actually, many water authorities are doing exactly that. Oxnard, Morro Bay and Carmel are among communities in the state with desalination facilities. Some 17 other desalination projects are underway or in the planning stages.

Especially notable is the Carlsbad Desalination Project down the road in San Diego County. This $1 billion facility is scheduled for completion in 2016 and will be the largest desalination facility in the Western Hemisphere. It is expected to supply about 7% of its service area, about 300,000 residents, with freshwater.

That arithmetic goes a long way in explaining why desalination, while promising, is no magic solution to our water shortages. If it costs $1 billion to supply 300,000 residents, that extrapolates to a whopping $77 billion that it would theoretically cost to get desalinated water to all of Southern California’s 23 million residents.

Desalination costs a lot of money for relatively little return. It takes about 2 gallons of seawater to produce 1 gallon of freshwater and the technology uses a lot of energy. The San Diego County Water Authority has agreed to purchase water from the Carlsbad plant for about $2,000 an acre-foot for 30 years after the plant goes online. (An acre-foot is the volume of water that would cover an acre with one foot of water — about 326,000 gallons.) That is almost double what the agency now pays for water. Water rates will rise by an estimated 10%, according to NBC News. Many environmentalists take a dim view of desalination because of its energy usage and potential to blight the coastline.

Israel, which helped build the Carlsbad plant, is about two-thirds desert and has water supply issues that make ours look simple by comparison. They started building desalination plants in 2005 and by year’s end will have five in operation that are expected to contribute about 25% of the nation’s freshwater. Saudi Arabia and other arid Mideast countries also rely on desalination for much of their drinking water.

Where alternatives are few, cost becomes of lesser concern. Also, many people believe water is woefully underpriced in the U.S. Here in California, we may have to get used to inexorably rising water rates, just as we more or less have learned to shrug our shoulders at $4+ gasoline.

Desalination costs may drop somewhat thanks as economies of scale and new technologies take hold. A facility in California’s Central Valley, thought to be the country’s only solar-driven desalination plant, produces freshwater at a cost of $450 an acre-foot, within hailing distance of the $300 farmers in the region are used to paying. The Water FX plant converts salty, contaminated irrigation runoff into freshwater. Though only serving some 60 farmers, its operator has ambitious plans for expansion.

Eventually, the Pacific Ocean may end up solving our water problems for good. In the meantime, don’t stop praying for rain.