The History of the Garbage Disposal 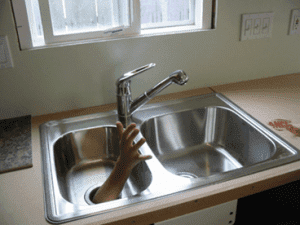 When’s the last time you really thought about your garbage disposal? Most of us don’t bother thinking about them until they break down. However, like most things worth having, the lowly garbage disposal has a long history of controversy.

The garbage disposal, food waste disposal, or “garburator”, was invented in 1927 by a Wisconsin architect who created InSinkErator.

Or maybe it was invented by General Electric, whose unit hit the market in 1935, five years before InSinkErator’s did. It depends on who you ask.

That’s not the end of its sordid story, though. In the 1970s, New York City actually outlawed garbage disposal units out of fear of what all of the food waste would do to the sewer system. Even today it is still under investigation, but in 1997 the ban was lifted and the units were allowed once more.

Like a true Cinderella this lowly kitchen appliance has a bright future. In the UK, where only about 6% of homes have the units, some local authorities subsidize the installation of garbage disposals in order to reduce the amount of waste that goes into landfills. In Sweden, some areas encourage the use of garbage disposals to increase the production of a type of biofuel called biogas, which is created by the anaerobic breaking down of organic material. Even right here at home, modern wastewater plants are incredibly effective at turning the solids into “biosolids”, which are used as fertilizer products and some even capture the methane to use as fuel. 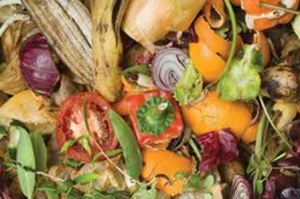 Now that you know of its dark past and bright future, what are you actually supposed to do with it?

Its intended use is to chop organic materials- such as vegetable peels- into tiny pieces that won’t stop a drain. Many units aren’t powerful enough to deal with very fibrous materials, so some peels may not be appropriate. Think of celery stalks, those strands are easy to separate but hard to cut, right? Very fibrous things like artichoke leaves can break a weak garbage disposal. Same with sweet potato peels, jicama peels, or anything else that is similarly tough.

Starchy things like pasta, rice, potatoes, and potato peels can also damage or jam a unit by simply binding up the blades. Anything that could stop a drain, like fat and coffee grounds should be kept out of the disposal unit. There is some controversy about whether egg shells can bind a garbage disposal or not, so it’s a good idea to throw them in the trash instead of down the disposal.

No matter what you put into it, you’ll want to run cool water along with it to keep things moving and prevent the motor from overheating.

How to Fix a Smelly Garbage Disposal

What do you do if you have an underperformer under your sink? Call us for an upgrade!

Even if you have the best garbage disposal available, you’ll want to keep some things out of the unit, your hands being the most important. We’ve been called out for some inappropriate things ending up in garbage disposals including glasses (eyewear and drinking), jewelry (which can usually be retrieved if the unit has not destroyed it), keys, lots and lots of cutlery, and even a cell phone or two. If it seems like this keeps happening, there are safety measures we can install for you to keep your valuables out of your garbage disposal.

What do you do if it works fine, but it smells a little sometimes? If the smell is coming from the unit, you can try pouring equal parts baking soda and vinegar into it, you can try grinding some lemon peels, but our plumbers say that there is one thing that really works like magic. So what is it? Ice. A couple handfuls or a bowl of ice down the garbage disposal (while it’s running, with cold water running) is the key to a happy, healthy, stink-free unit.

And finally, what if you don’t want to feed your garbage disposal all of your food waste? Well, you can always try composting. In fact, things like potato peels, coffee grounds, and egg shells are less than ideal for a garbage disposal, but perfect for composting! Come back to the blog later for a post on that!

Of course there are times when home remedies just aren’t enough. When that happens, give us a call. We’re here 24/7 for you.