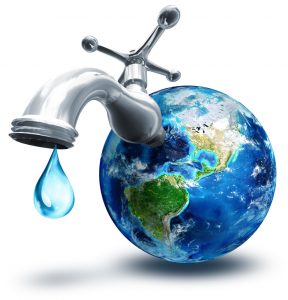 World Water Day, March 22, has been declared by the United Nations as a day to focus attention on the global importance of water. Water is more than just a thirst quenching beverage; water is vital for creating jobs and supporting economic, social, and human development. Today, 2.1 billion people live without safe drinking water at home; affecting their health, education and livelihoods.

The Importance of Water Conservation

I realize that in writing about water conservation and our precarious potable water supplies, I’m largely preaching to the choir. We Southern Californians know a thing or two about water scarcity and how to make every drop count. Nonetheless, it’s a message that deserves to be repeated. 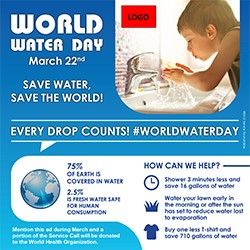 Every time my travels take me through the Mojave Desert I think about the pioneers of the 19th century who trekked across that same land on foot, horseback or wagons. How grueling their ordeal must have been. Someone once told me that about 20% of the western settlers perished along the way, and lack of water was a major contributor to their suffering. How lucky we are to live at a time when even in the Mojave Desert, it’s not hard to find a public tap with fresh, often chilled water, available at the turn of a handle, and you can drink until you get your fill. (We plumbers have had a lot to do with that, thank you!)

Billions of people around the world are in no better shape than our settlers of a century and a half ago. Even though 75% of the earth is covered in water, no more than 2.5% of it is safe for human consumption.

According to the UN, globally, over 80% of the wastewater generated by society flows back into the ecosystem without being treated or reused. Millions of people die each year from water-borne diseases that have been virtually eradicated in the United States and other developed countries. Most of the victims are children under five.

I urge all of you on March 22 to reflect on our good fortune and think about the billions of people around the world who do not have it so good. Do what you can to use fresh water wisely and never take for granted how precious this resource is to all of us.

And don’t forget, Dutton Plumbing is always available to help you preserve fresh water and safely dispose of the contaminated stuff.